Well, the following was unexpected. Below is a photo of Smart Doll Kizuna's neck hole. 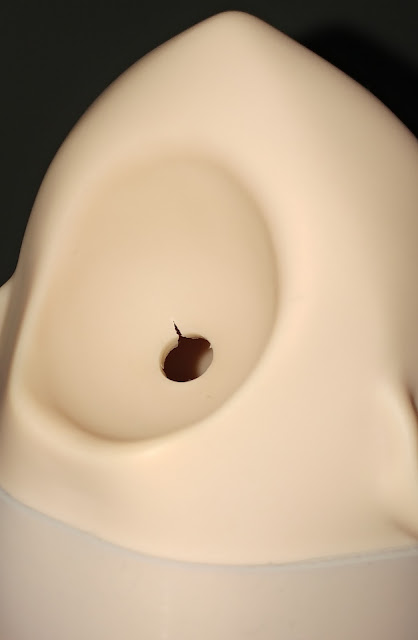 On a friend's recommendation, I bought a "plastic welder" glue. I specifically bought the J-B Weld brand. On to the application! 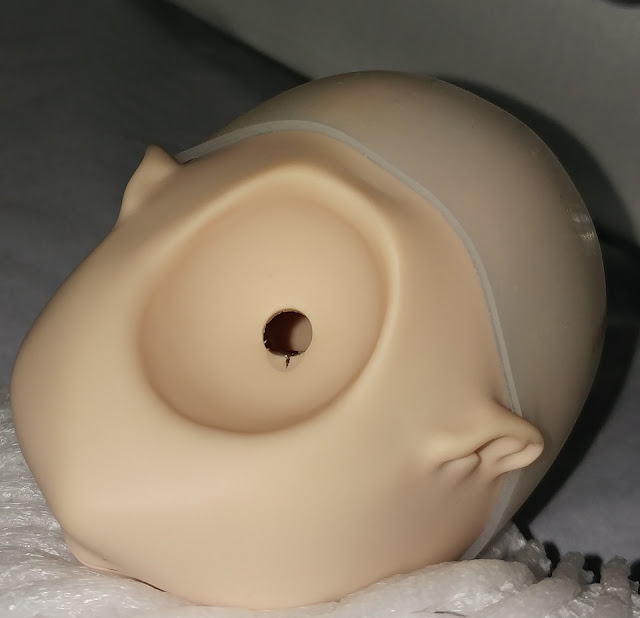 This is immediately after I applied a little bit of the glue and then set Kizuna's head down. I waited the the glue to cure and then I was in for another rude awakening. 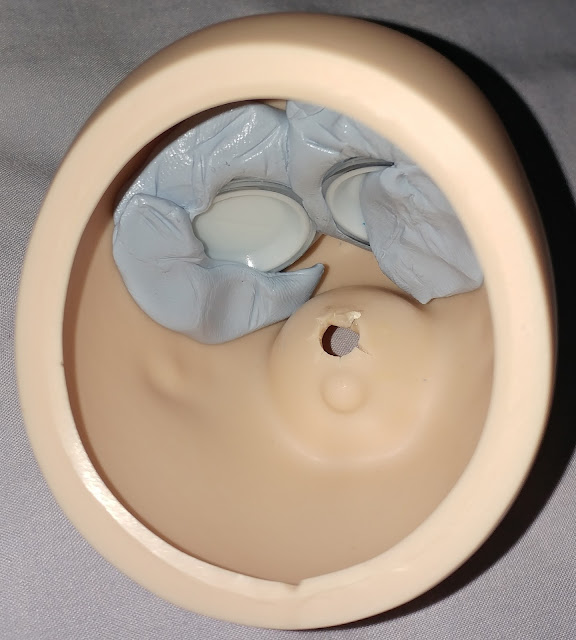 There were more cracks on the INSIDE of her head. T_T

That huge crack without any glue on it isn't visible from the outside. The photo above also shows a few smaller cracks. This thing actually looks worse in person than in the photos. >.<

I proceeded to apply more glue on the inside and then set her head down. This resulted in the excess glue getting pulled by gravity and forming what looks like an LED bulb below. 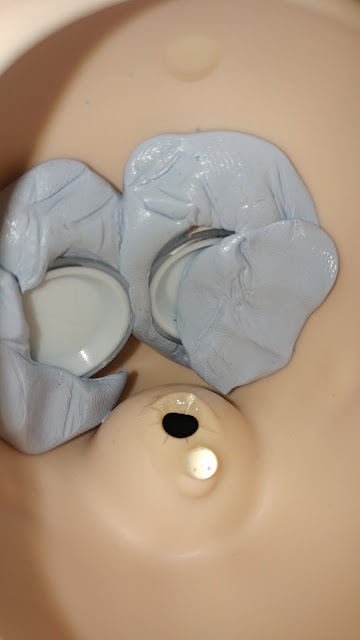 Now I have the fake LED bulb inside Kizuna's head. This doesn't interfere with anything so no big deal. The glue dried so let's see about putting Kizuna's head back onto her body. 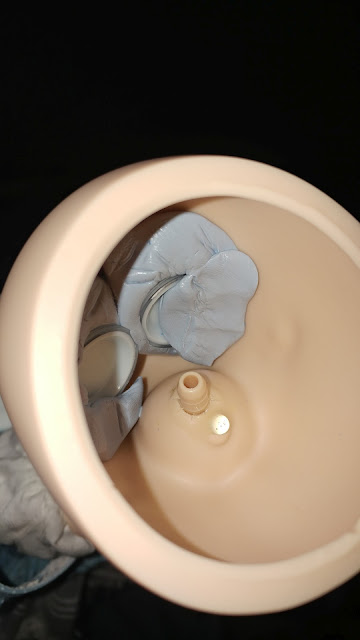 With the glue now dried, the neck hole is now smaller in diameter compared to when I started. I had to remove the plastic tubing on the neck peg for that reason.

While I'm not going to intentionally test the limits of this repair, I'll still have to see about how well this fix did its job in the long run. Testing her neck movement, the repair is holding. I'm still happy with the results I got so far.

EDIT 2019-03-01:
I'm an idiot. I thought I'd make the hole area more robust by using regular epoxy glue and then carve away at the excess. The newly applied epoxy glue was so strong, it broke off bits and pieces of vinyl as I carved away at only the epoxy glue. I SHOULD NOT HAVE APPLIED THE REGULAR EPOXY GLUE ON TOP OF THE PLASTIC WELDER.

So here's what I did to repair the additional damage I caused. I applied epoxy PUTTY around the hole and covered up the areas of vinyl which chipped away. After the epoxy putty dried, I drilled a hole in it for the neck peg. 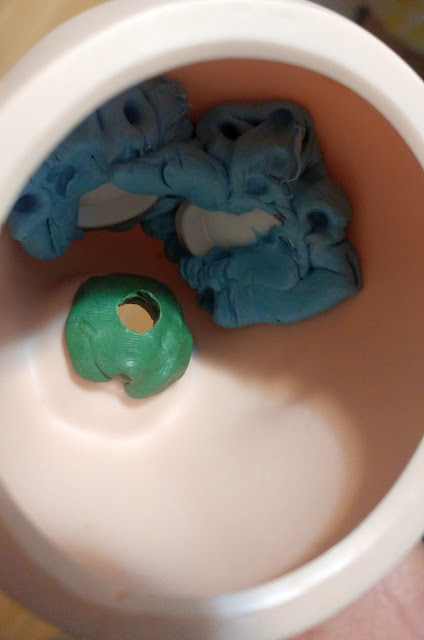 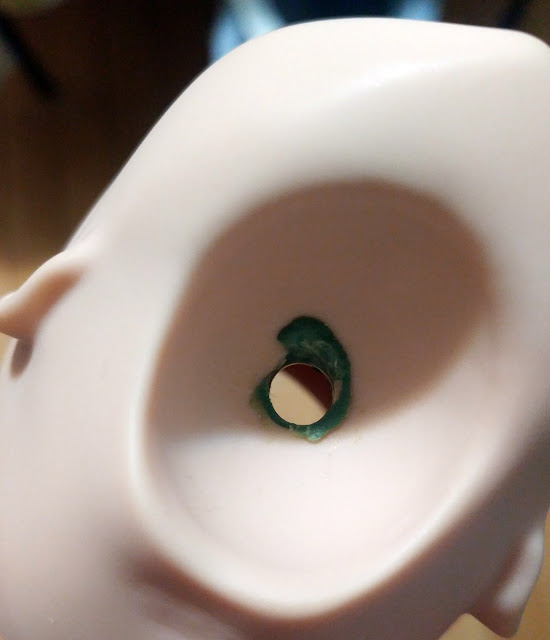 If the cracks are minor, then the plastic welder method will work well enough. If the damage is extensive, then the epoxy putty repair method works wonders.
Posted by Growcian at 8:37 PM