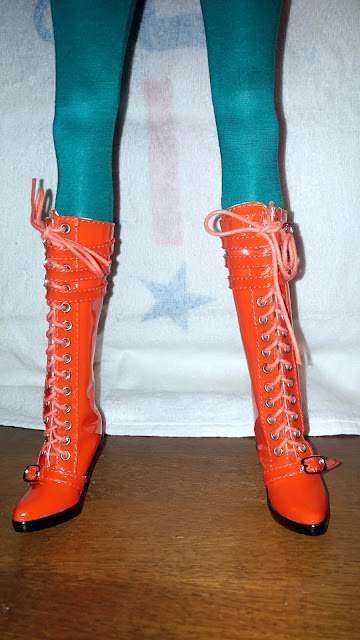 Over the past few years, I bought a lot of random pieces of clothing for dolls with the idea I'll fashion coordinate them into... Something. The boots in the above photo were made by Momo and purchased during I-doll Nagoya 24 (September 2017). 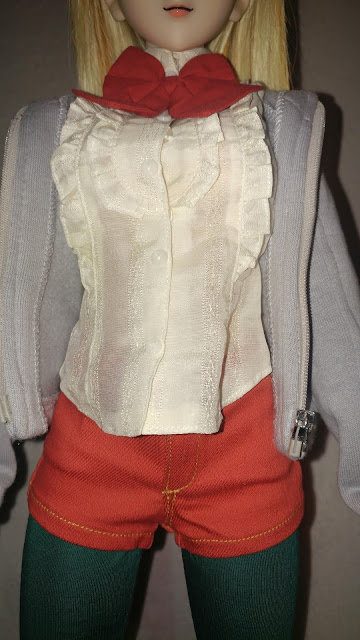 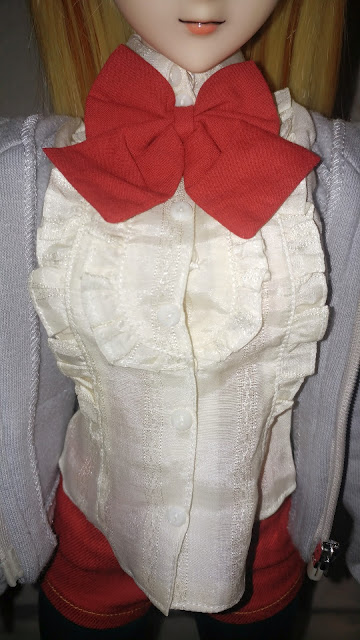 The shirt is an Azone brand shirt I bought on clearance from Jungle Osaka. 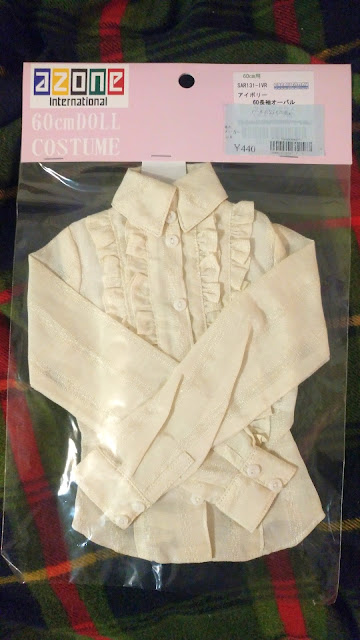 The bow tie was purchased at Dolk Akihabra. At 990 yen, it cost more than twice what the shirt cost. 😆😆😆 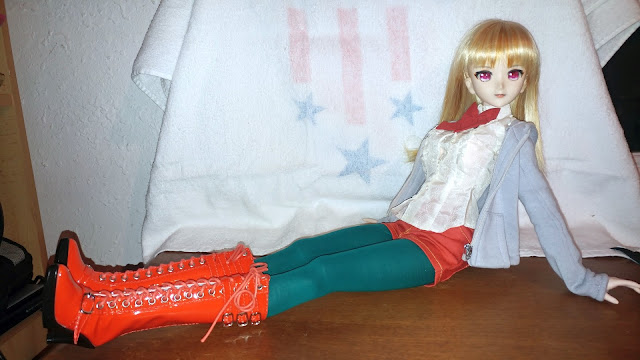 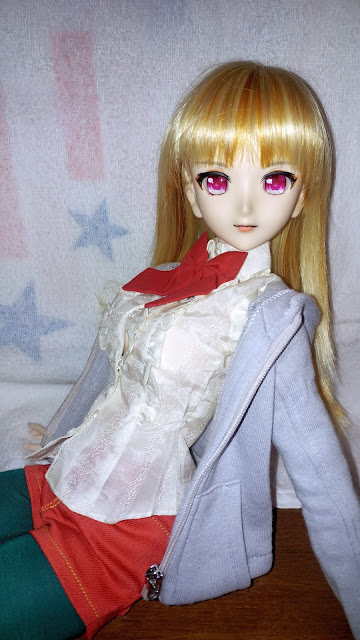 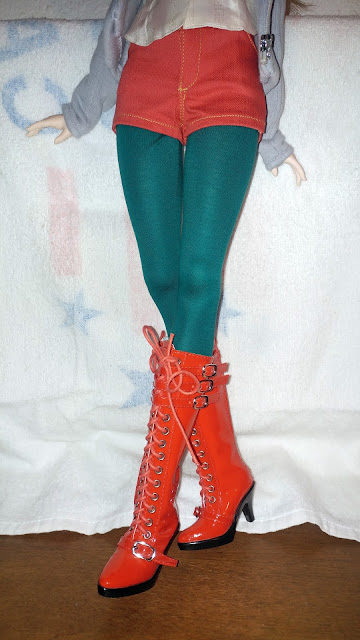 The stockings were made by and purchased from Pongee. Purchased during I-doll Tokyo 57 (December 2019).

I don't remember where I bought the shorts from. 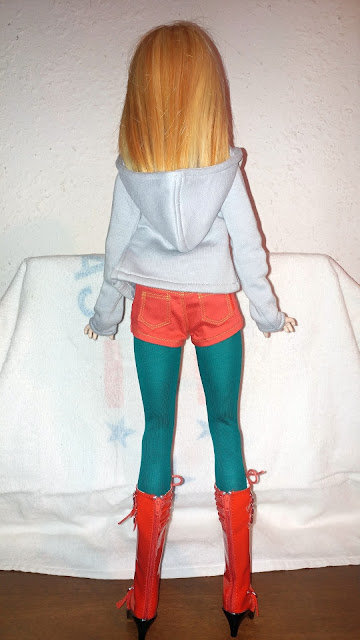 The hooded sweatshirt is a part of a hooded sweatshirt set made by TC Doll. I bought it secondhand and it was cheap. However, the set is rather bland and boring. Separating them for use as individual pieces makes for more interesting coordination. The outfit is so old, it's not even offered by TC Doll anymore. (However, different colors such as beige and olive drab are available as of this writing.) 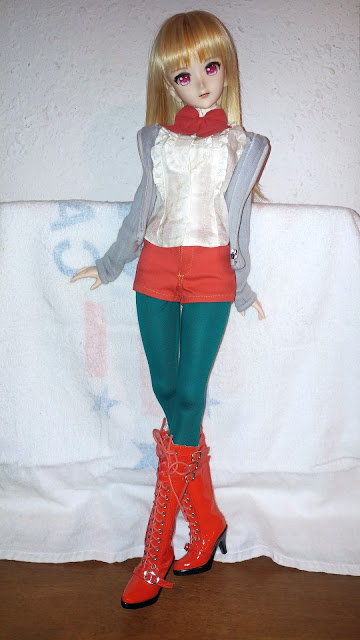 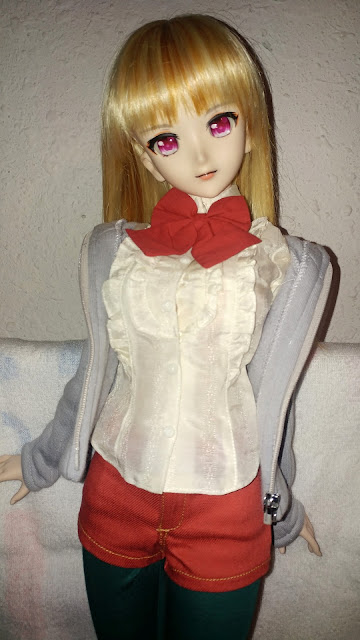 When I bought the various pieces of doll clothing, I had some ideas for them but they either didn't work out or I couldn't buy another specific clothing piece which I wanted. If I were to make any changes with the clothing combination above, it would be with the hooded sweatshirt. I would like to get her a green jacket instead. I currently don't have a green jacket for her so that might be something I'll buy in the near future.

At the very least, I'm glad not everything I bought as a single piece of clothing went to waste.