Specifically, I wanted a doll stand which would allow a 1/3-scale doll to take a seat. Unfortunately, the chairs being discontinued items made that idea much more difficult to implement than it needed to be. Not seeing any doll stands I want available, I decided to make my own. 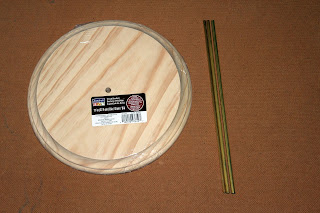 The round object is a DIY clock, purchased from Michaels. The one I see online is the 10-inch version but the one pictured above was purchased locally; it's 11 inches.

The pre-drilled hole in the clock surface was too large for the 1/4" tube so I cut that tube a little bit, put the cut piece into the clock surface, and then filled the gap with epoxy putty. 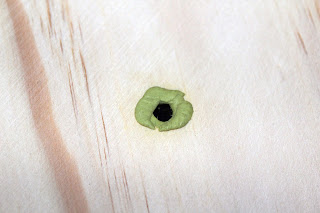 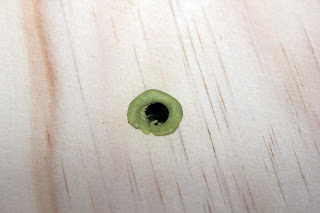 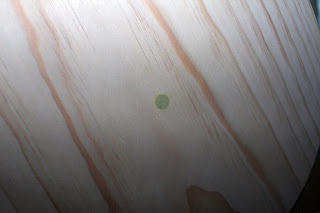 This is what the bottom of the clock surface looks like.
The putty covered the hole completely, and then it was sanded down. 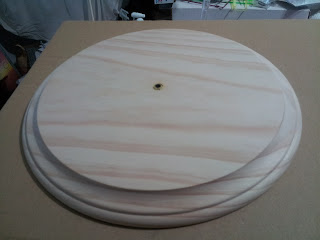 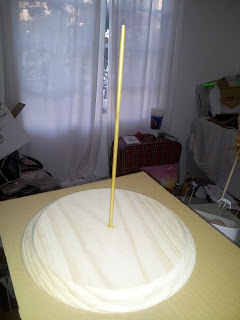 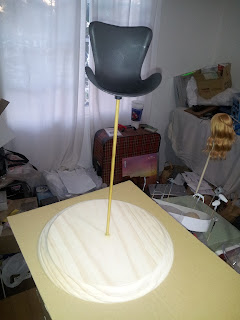 Test fitting the chair. The chair piece was purchased at Daiso. It's sold as an accessory for dolls and stuffed animals at various retail locations. I should have taken more photos of the chair. >.< Its original color was orange. I sprayed black primer on it and then added a semi-gloss clear coat. 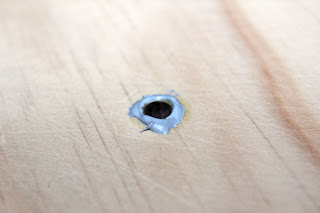 Once the epoxy putty dried, I applied regular hobby putty to fill in the remaining gaps and cracks. After the putty dried, it was sanded down. 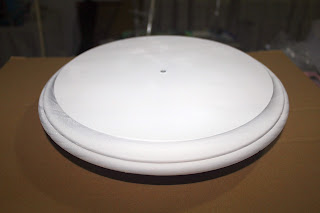 Applied: A coat of white primer. 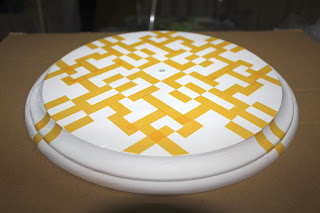 Applied: Masking tape. Doing this was a pain. >.< 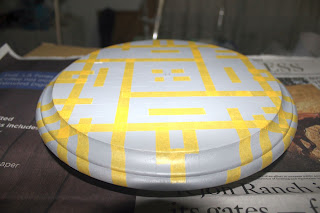 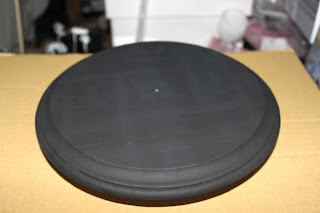 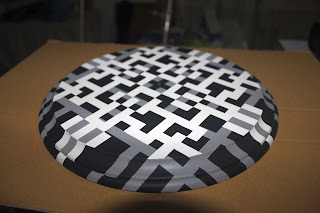 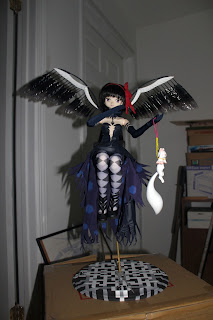 The whole point of this stand (for me, anyway) was to display Devil Homura.
Bunnycat came from RAH Kyoko. Wrong scale but for this purpose, it works. 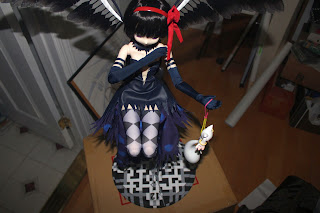 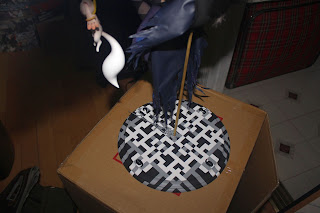 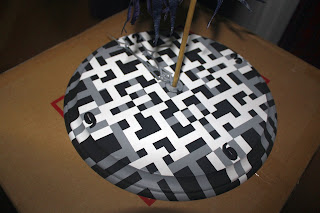 ArtMinds brand clock hands and clock numbers.
The hands' holes were enlarged to fit on the brass tube
and the numbers are attached with double sided tape. 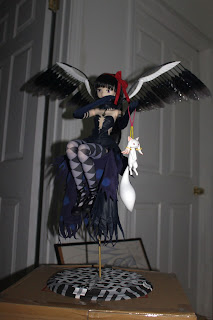 The patterns on the base were inspired by the camouflage on heavy vehicles used by the Principality of Gallia. If you look at the Edelweiss or the Shamrock, you'll understand what I mean.

I originally thought about making a simple monotone base (all black). When I saw the DIY clock at the store, I decided I'll use that as the base and then got the idea I'll also turn the base into a (non-functional) clock. Considering Homura's powers are time based, the reference is appropriate.

Some of the things I originally had in mind for the base didn't pan out but I'm happy with the final result of this project.
Posted by Growcian at 1:32 AM