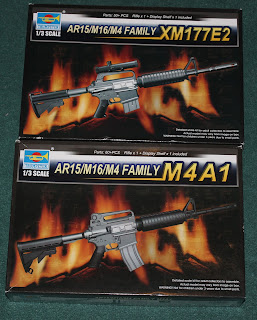 This time, instead of featuring the weapon of choice for space wizards or 60-foot tall robots, I'll discuss plastic model kits of modern assault rifles. To the left is an image of the kits I have.

While you may not find the exact model as the ones in the photo, if you live outside of Japan, you can buy 1/3 scale rifle kits from Amiami or Hobby Search.

Instructions come in English and Chinese. The kits are not complicated and the pictures in the manual make it very clear which parts go where.

You'll need nippers/sprue cutters, plastic model cement, a hobby knife, pin vise, and a drill bit set. You'll need additional tools if you want to do more than the bare minimum but I'm not going to get into that.

I built the XM177E2. I haven't built the M4A1 yet. I also didn't bother painting the XM, nor did I try to make it look nice by eliminating the seam lines. If I want to put in that kind of effort later, I will. For now, I just wanted to show how well these things go with 60cm-class dolls. 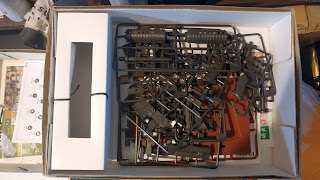 There aren't many parts in this kit. 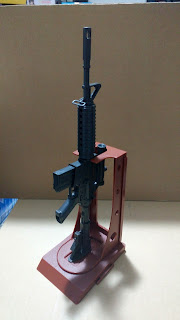 Unpainted but assembled. The rack is included with the kit. 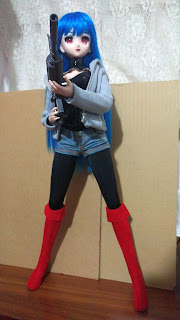 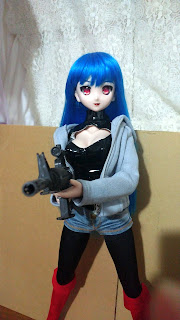 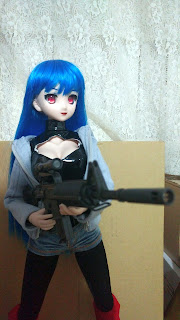 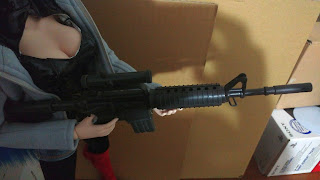 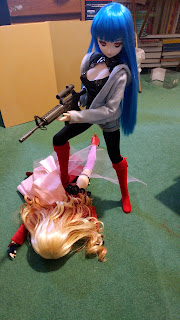 Alison gets her revenge against Darth Sheryl.

In terms of appearance, the rifle kit is pretty awesome.

In terms of building the kit, it's a mixed bag. Attaching many of the parts require glue but some don't. Some of the parts fit perfectly, others didn't. Some parts require the builder to drill holes into specific areas. If I spent more time with the kit, such as eliminating seam lines, filling in some gaps, and painting it, then the final result would have been much better but I'm satisfied with the end result for now.

For anyone who wants to take the challenge of building a Trumpeter assault rifle, I do have some advice. Take your time building it instead of only spending an hour like I did. The kit doesn't have many parts but it's going to be slightly challenging to build. If you ever built a Gundam kit, building a Trumpeter rifle is going to be far more challenging. Despite having fewer parts than most Gundam kits, the rifle kit has a higher degree of difficulty because you need to drill holes and use glue to assemble it properly.

EDIT 2017/06/16: I subsequently wanted to see how Sheryl in her military themed concert outfit would look like with the rifle. I like what I see. :) 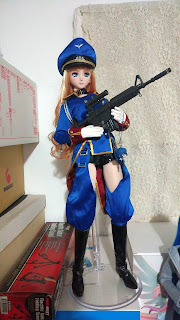