Without a doubt, I'm "all in" on assembling the entire cast. 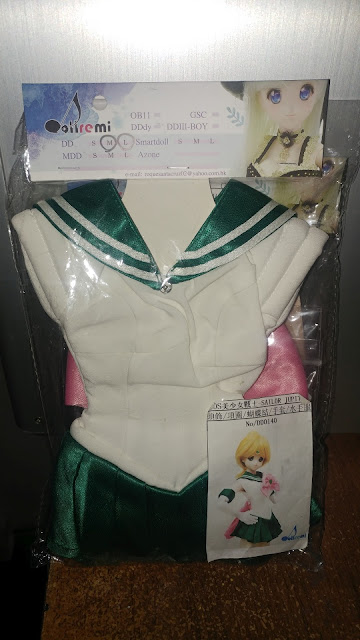 Now to worry about when I'll be able to assemble them.

There were two fundamental issues preventing me trying to put together a Sailor Jupiter cosplayer. The first was the boots. The second was the wig. I found them both at one specific Mandarake store but they were overpriced. Unfortunately, the pandemic has eliminated my other options for purchase so I bit the bullet and overpaid for both. 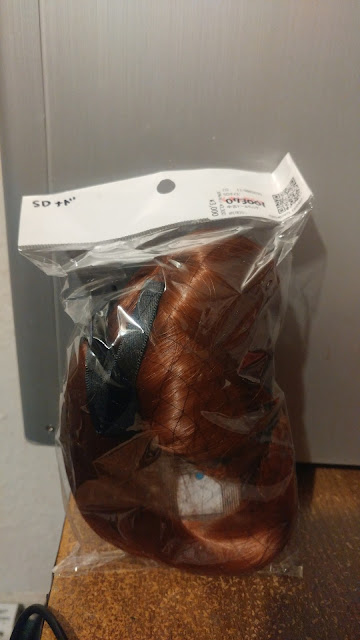 While this wig looks pretty good in the package, it is one of the worst wigs I've ever owned. This thing does not stretch at all and it is a pain to get it onto a doll head. I'm going to actively look for another ponytail wig of better quality.

The ponytail itself was too straight so I made it a bit wave using a curling iron. Since I still have no idea whether this wig is actually hear resistant, I was a bit conservative with the curling iron's temperature setting.

Next are the boots. 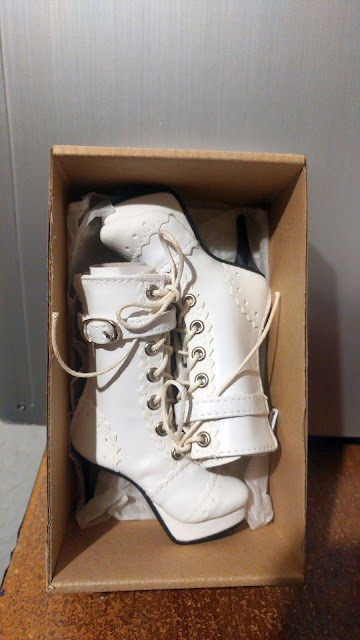 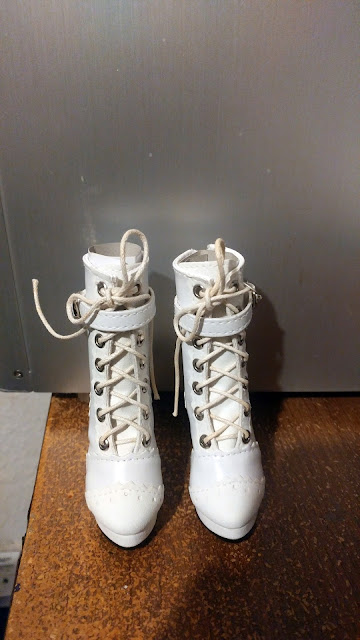 These are actually Doll Hearts brand boots with some wear on them. Finding the "perfect" pair of short boots online isn't a problem but buying from overseas is. Like the the wig pictured above, these too were overpriced but my other options were just as expensive and more of a hassle to purchase. At least these boots are awesome and don't suck like the no-name brand wig above.

I painted these boots with Plaid FX flexible paint. 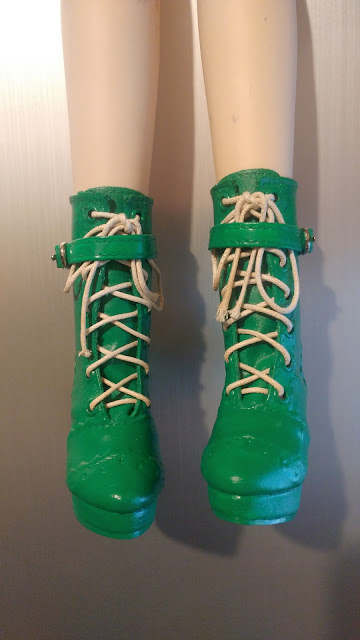 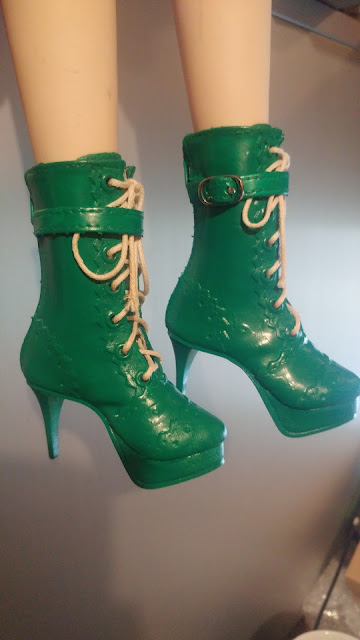 Once the boots were painted, I needed to wait for the outfit to arrive. 2 weeks after placing the order, it did. 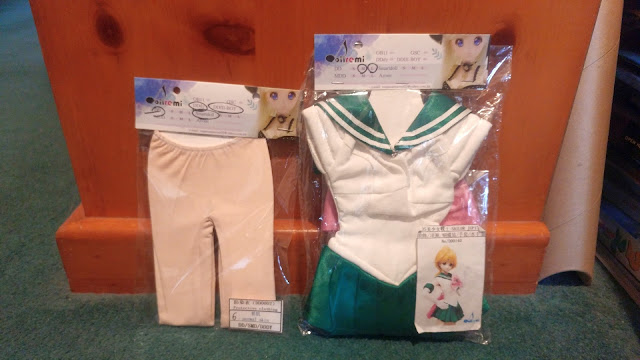 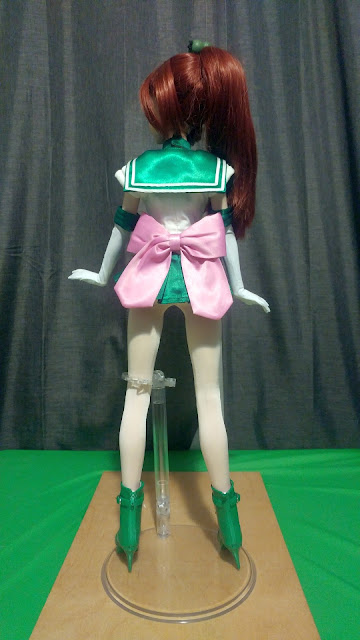 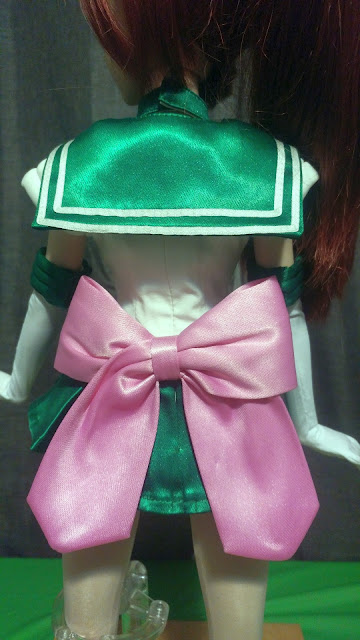 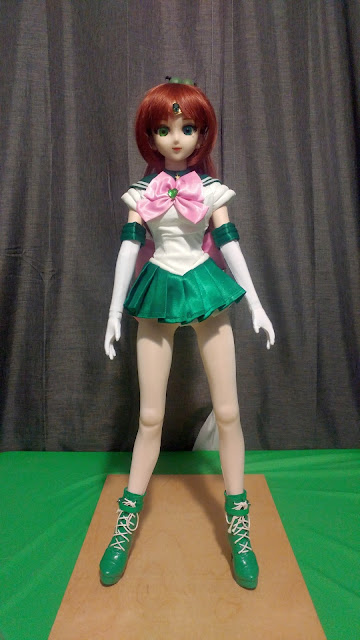 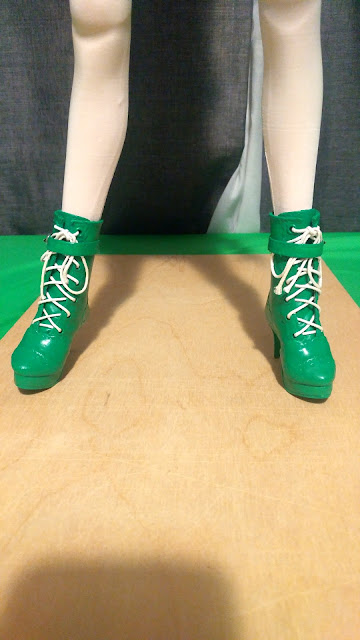 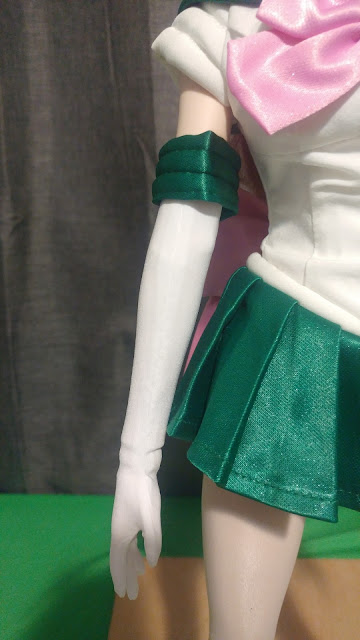 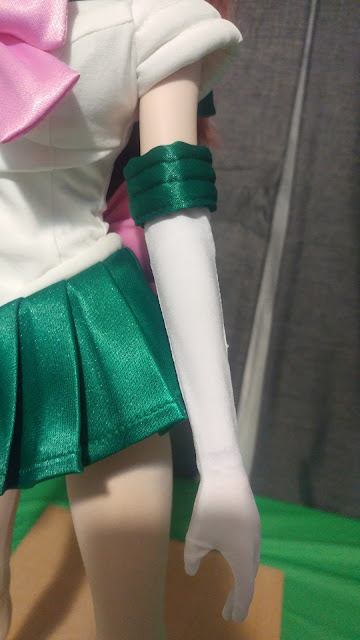 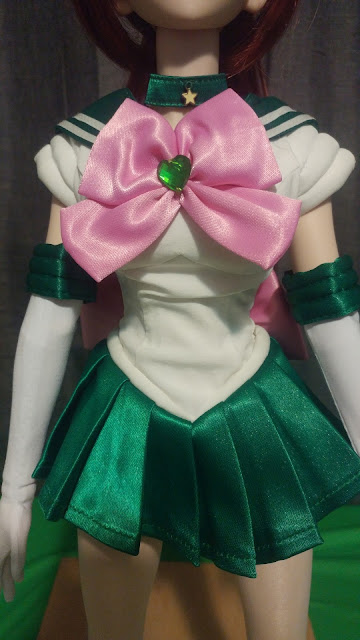 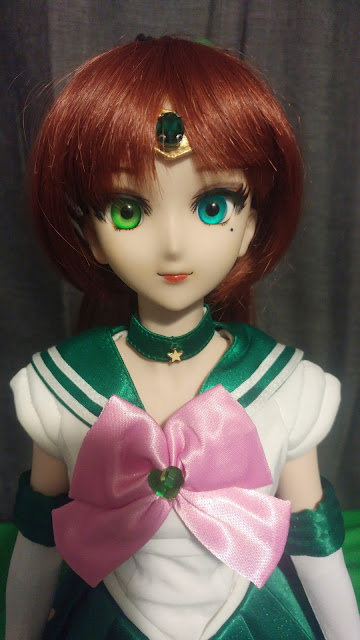 One of the things I considered was to swap out her eyes so she wouldn't have heterochromia. I decided I liked the look she had so that combined with laziness resulted in me leaving her current eyes in her head. The wig being a pain to put on to her head also contributed to me being lazy. Ayame the cosplayer will keep her heterochromia. 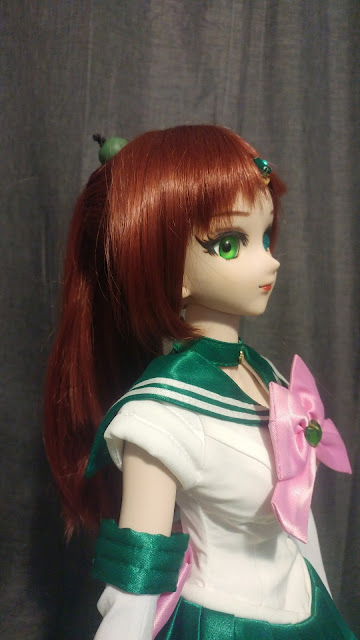 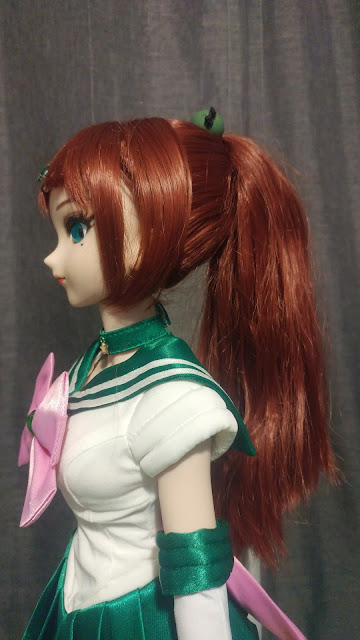 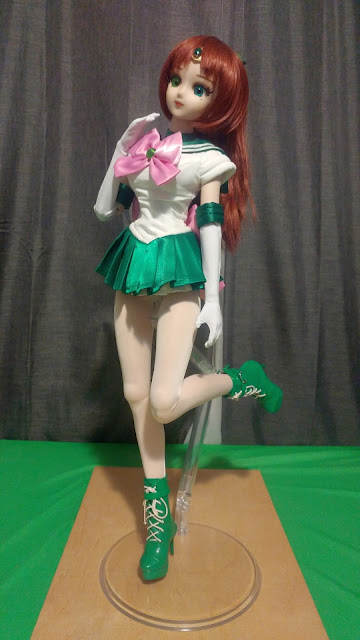 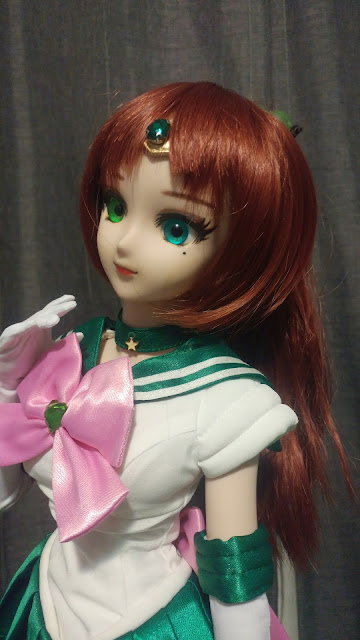 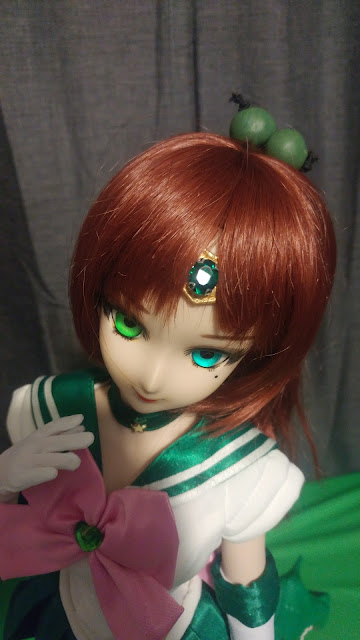 Another thing I needed to do was to come up with her ponytail accessory. I had an elastic twine which came from I don't remember where. I used it and epoxy putty. The two parts of epoxy putty came in yellow and blue. Mixing them turned them green. I created two balls out of said epoxy putty and once cured, I used a pin vise and drill bits to bore a hole through them. I then put the elastic twine through the balls. 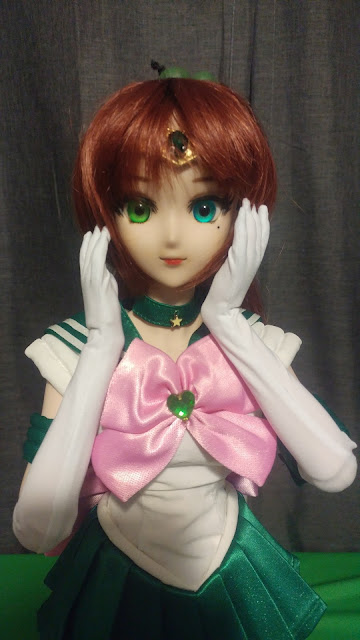 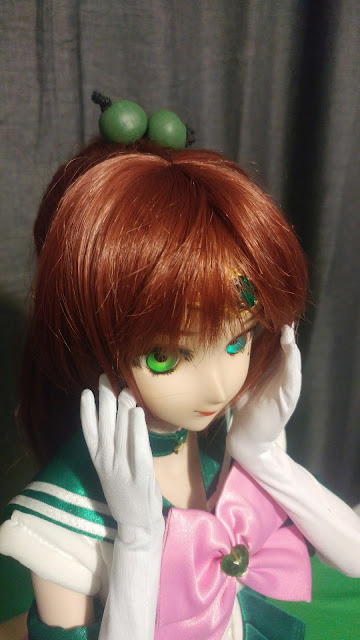 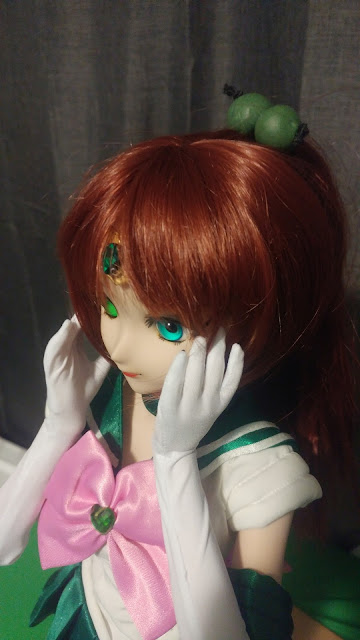 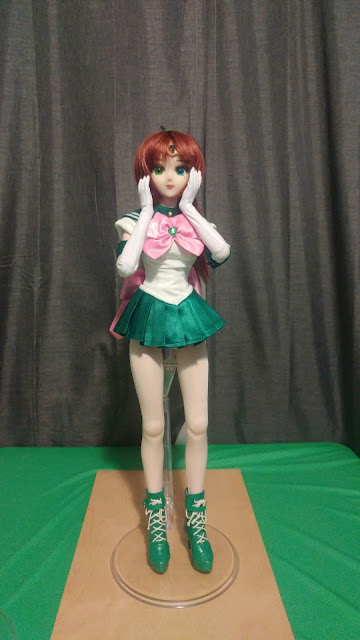 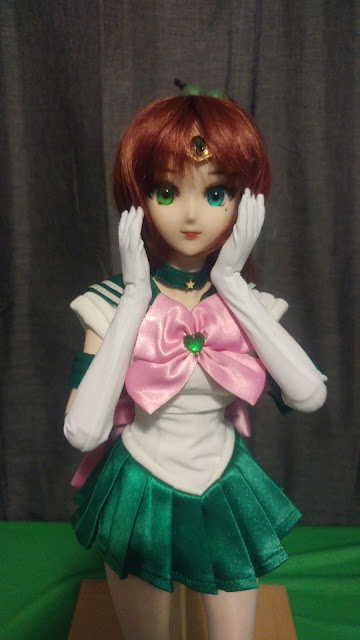 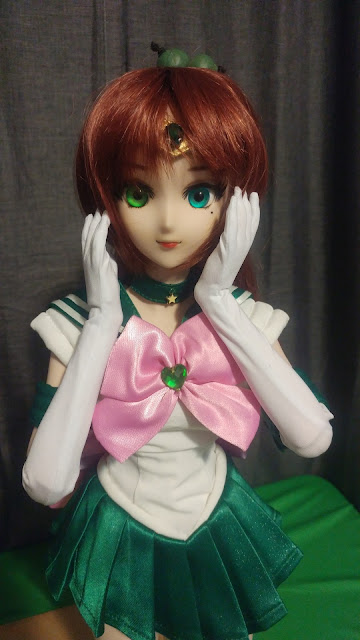 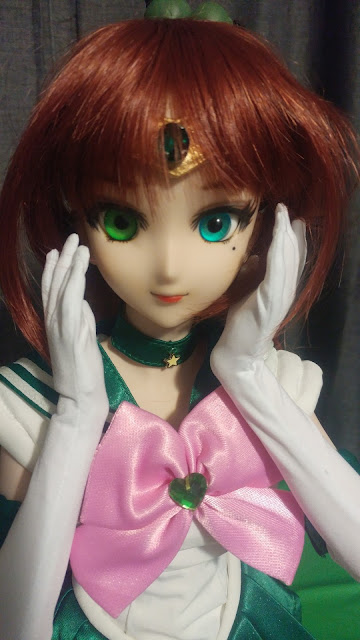 I'll eventually take a group photo of her with the other Sailor girls. After putting them away, it's a bit of an undertaking to assemble everyone now that I have 5 of them.