EDIT: If you perform the procedure mentioned in this post, the masking solution will mix with the putty adhesive holding up the eyes. If you ever remove those eyes, you won't be able to reuse the putty adhesive. Yes, I learned this the hard way long after making this post.

Having a few ongoing simultaneous doll assembling projects, one cyborg I built was Platina. (Yes, I named her after the Valkyrie Profile character.) 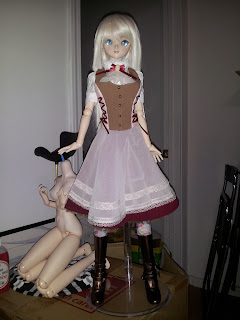 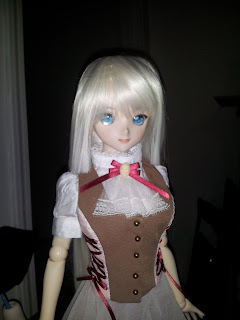 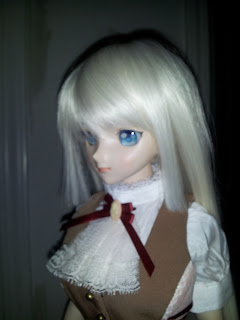 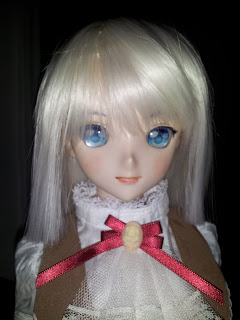 After building her and finishing her faceup, I felt like doing some touch-ups around her eyes. However, doing so would require me to (literally!) poke out her eyes. Even if I, through complete luck, managed to avoid getting paint and marker onto Platina's eyes, what about the flat coat sealer? Spraying a flat coat sealer would also remove the gloss from her eyeballs. The best thing to do would have been to remove them.

However, I did think of an alternative. What if I could mask her eyeballs? Such a tool to do so exists. 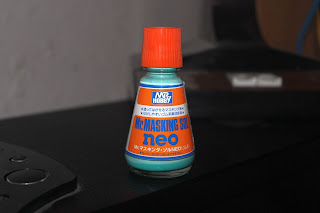 While using this wouldn't allow me to add any touch-ups to the innermost parts of her eye sockets, it would protect her eyeballs from paint, marker, and paint spray. Mr. Masking Sol Neo ("Mr. Neo") is basically paint-on rubber. You paint rubber solution onto areas where you don't want normal paint to adhere, and then wait for it to dry. The bottle says it takes about 20-30 minutes to dry but I started my touch-ups once I could see the rubber starting to harden. I also worked on areas of the eyes away from the sockets first, and then worked my way in as time went on. 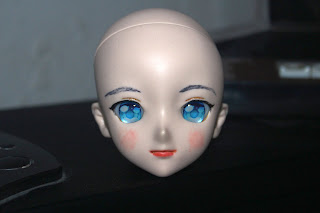 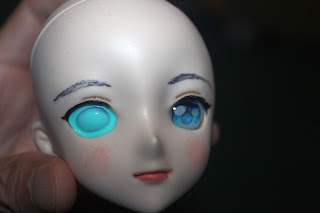 Applied on one eye. Still wet. 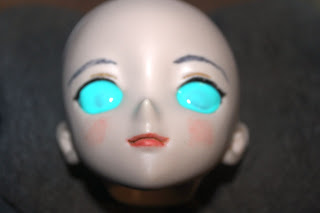 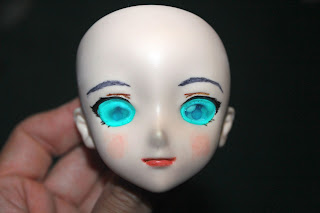 Touch-up is done. Sprayed a clear flat coat sealer after taking the photo. 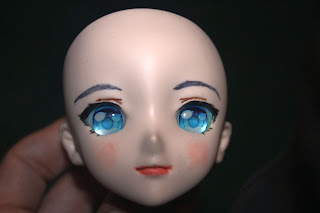 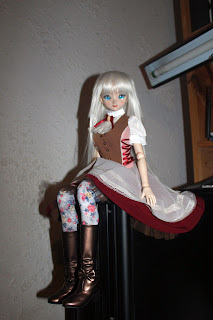 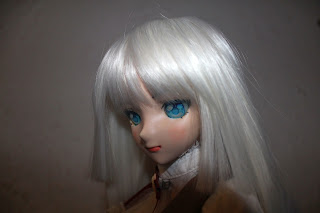 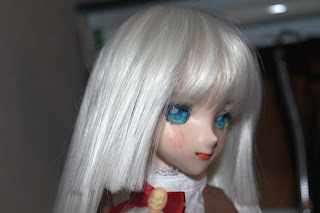 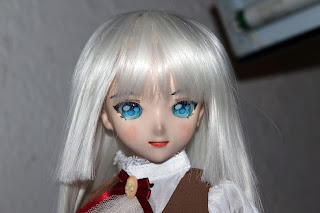 For the purpose I had in mind, I consider the use of Mr. Neo to be a huge success.
Posted by Growcian at 11:22 PM