For various personal reasons I won't get into here, I won't be buying the Smart Doll version of Jougasaki Mika. Waiting for the Smart Doll version to be released and then buying her would have been a lot easier than some of the things I ended up doing. Since a Dollfie Dream version of Mika hasn't been announced and isn't likely to happen at the moment, I waffled over the idea of creating a custom. 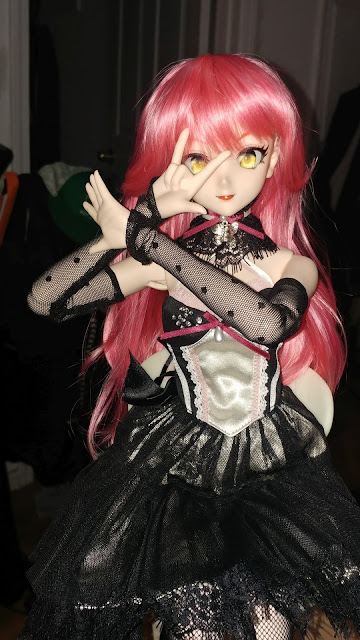 I need to explain something here. People who know me personally know the following but not every person who gets directed here from the Dollfie Dreams chat rooms, forums, or Twitter knows the back story concerning the custom dolls I make.

I told myself a long time ago I'll only come out disappointed if I try to recreate an existing character to some exact spec. Even if I can get the correct outfits, shoes, etc., I might not be able to get the right wig. I might not be able to get the right weapons, accessories, etc. With doll heads, I can't get the right kind of head because the eye holes are the wrong shape. Even if I were to try to cut the right shape using an "eye hole closed" head, I'm sure to ruin a few $40+ heads before I can get the hang of cutting out the eye holes correctly. Even if I succeed in cutting out the correctly shaped eye holes, I would then have trouble acquiring the right type of eyes. If I acquired the right type of eyes, I would then need to worry about whether I could do the faceup properly.

With too many factors playing against me in terms of creating my own "perfect" doll, if there's a character I like and want to create a doll of her, I will create original characters who are only cosplaying the characters I like. In that way, if something is "off", I can blame my own shortcomings on imperfect cosplay. XD 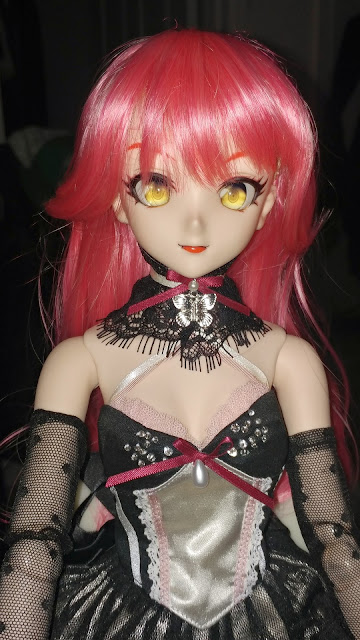 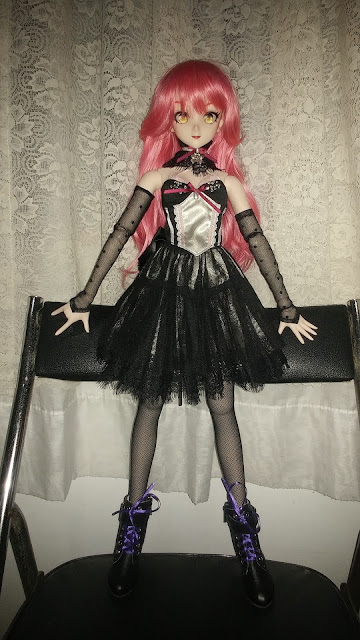 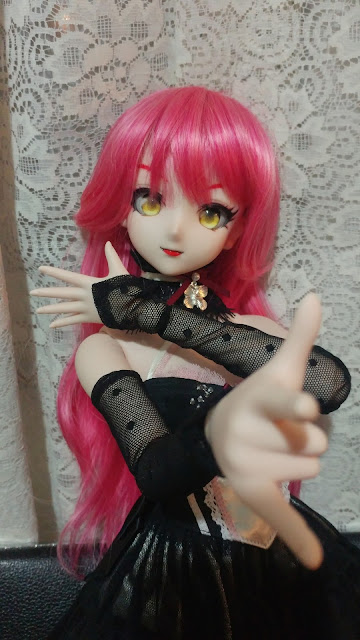 I'm quite happy with how Nina turned out. Looking at her as-is, I doubt anyone will think I modeled her after Idolm@ster's Mika. However, using a different wig which is closer to the hair style Mika usually has might change that. Even if that doesn't, the fact I'm happy with what I see now won't change.
Posted by Growcian at 10:05 PM