Faceup Guide From Someone With Unsteady Hands

I don't take faceup commissions. I'm also not under the delusion people are willing to pay me hundreds of dollars to paint their dolls' faces. I don't claim to be an expert. My hands shake quite a bit so it's difficult for me to draw a straight or even a consistent curved line. Let's just say my hands shake enough so no reputable medical school would consider me as a potential future brain surgeon.

However, I think I've done enough of these faceups to at least be able to give competent advice to people who have less experience than I do. 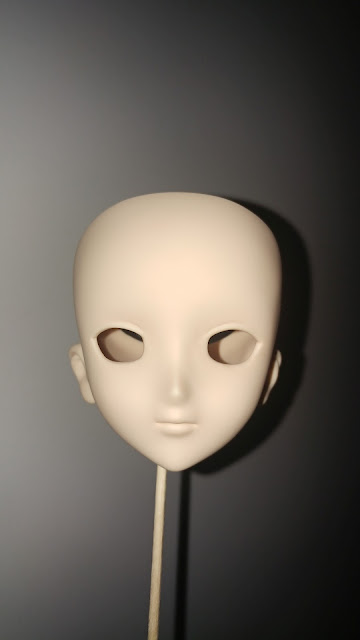 Rambling: This blank head wasn't completely blank when I bought it. Someone had performed a faceup on it and then tried to wipe it clean. There were various marks on it despite that cleanup attempt. I had to clean it further in addition to using fine grit sandpaper to get rid of the obvious marks left behind by the previous owner.

After I cleaned the head to my satisfaction, I sprayed it with the non-UV cut "Flat"/Matte version of Mr. Super Clear (MSC). After the spray dried, I made some outlines with a black watercolor pencil. While black will work almost all the time, if you're going to create a blond character, brown will work as well. 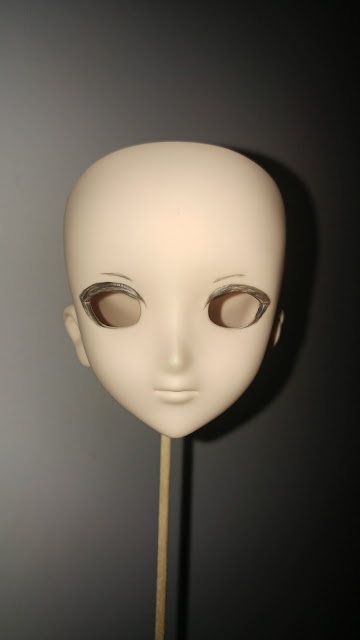 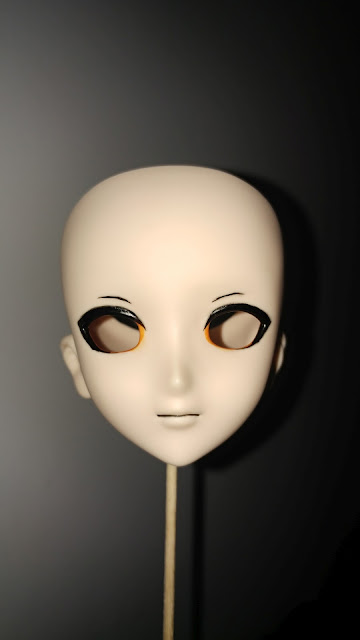 In terms of Gundam Markers, I used GM48 (Gundam Black, fine tip) and GM405 (Real Touch Orange 1). I used the orange marker first, and then used the black brush pens and Gundam Marker.

As for the line on the lips, I "drew" it using flat black enamel paint. I dipped a toothpick into the paint and poured the droplet onto the lips. After the paint flowed into the crevice, I wiped off the excess with a cotton swab dipped in lighter fluid. 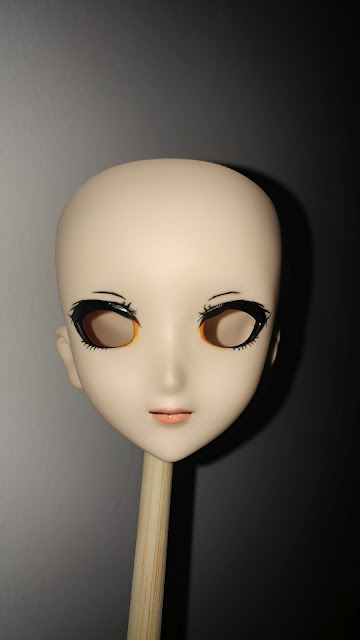 I added more details around the eyes here. I also used a pink Gundam Marker (GM410, Real Touch Pink 1) on the lips to give them color. 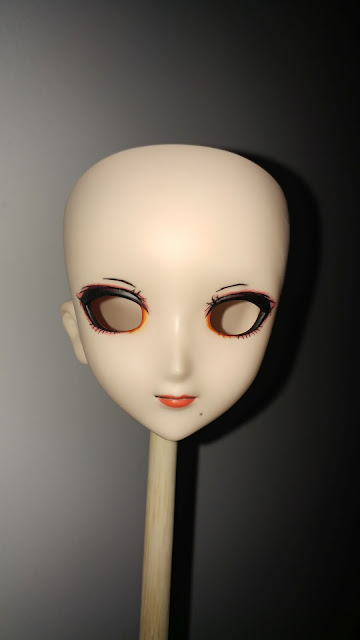 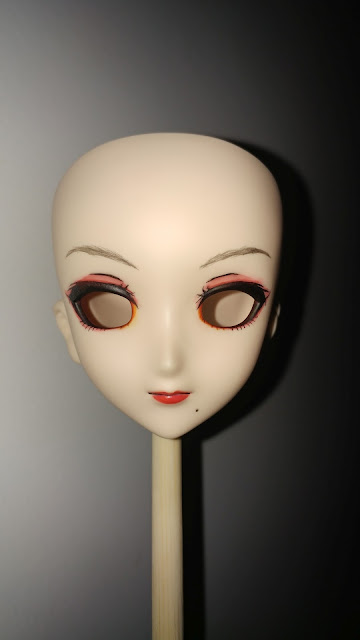 I darkened the orange around the eyes using Gundam Marker Real Touch Red 1 (GM404). Using the same marker, I added eye shadow. I used a red brush pen on the lips. I drew eyebrows using a black watercolor pencil. Used the same black pencil to darken the mole.

Things you don't see well in the photos above are the pink on the cheeks. Before each new coat of MSC got sprayed, I kept using Gundam Marker Real Touch Pink 1 (GM410) and then spread out the color using the blending marker (GM400). You can finally see the cheeks being slightly pink on both sides in the photo below. 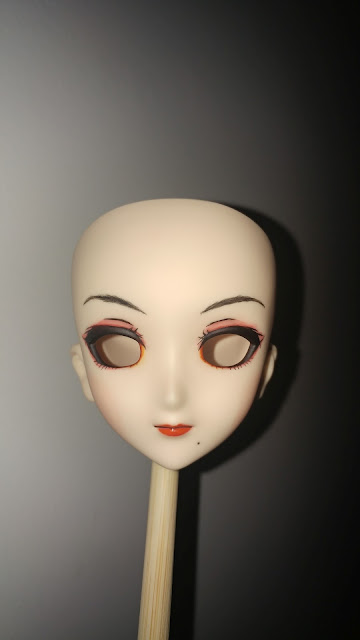 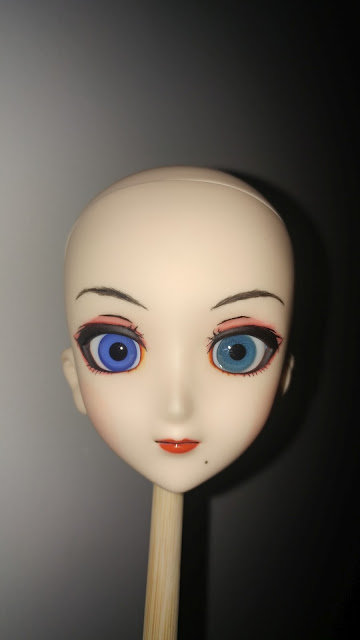 I darkened the eyebrows using the same black watercolor pencil. Since I intended her to have silver hair, I didn't want to make her eyebrows pitch black. I wanted to have them have the illusion of being dark grey. Having said that, unlike with her eyelashes, I only used pencil for her eyebrows.

Sprayed MSC. I kept adding subtle layers of pink on the cheeks. Once I concluded I'm done adding the details to the face, I used a different MSC. I used the UV-cut version. After that dried, I used Tamiya X-22 paint on the lips.

After the X-22 dried, I gave her some eyes. I didn't intend to make her have heterochromia. I have another doll with heterochromia and because of that, I had a pair of these eyes on hand. 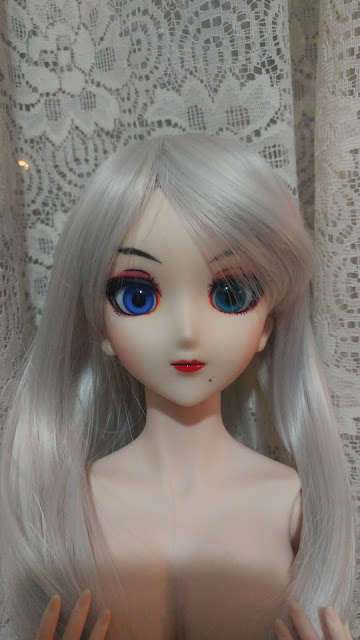 Hopefully, this will be useful to inexperienced faceup artists as a guide for how to perform a faceup.
Posted by Growcian at 10:07 PM