Looking at these photos... Wow, they're horrible. ^^; (Due to time constraints, I'm not about to retake them with better lighting.)

I actually wanted to take on an Obitsu 50cm project for a while but because I couldn't find the exact outfit I wanted for the doll, I haven't bothered... until I found the said outfit. First, here's the doll body. 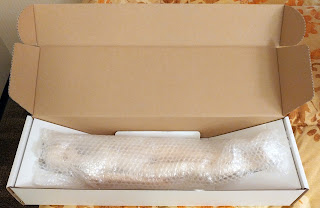 Now... I didn't take photos of this entire process.

I also didn't have space in my luggage so I had to disassemble the doll body and I had to throw the box away. :/


This is the outfit I wanted and actually found for this project: 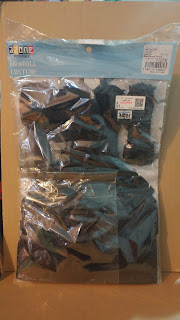 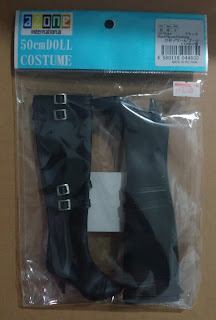 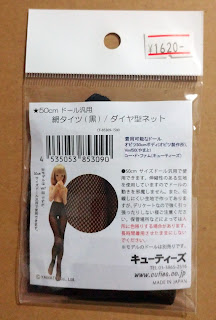 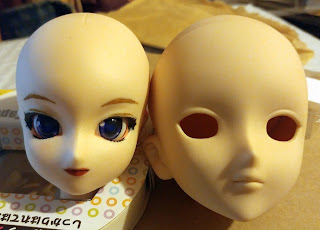 Due the to heads' size differences, I couldn't reuse any of the wigs I already owned; they're too big. I ordered a Himekazura brand wig, yellow gold MS-size. I should have bought a wig while I was in Japan but I didn't think that far ahead. The idea to do this project was a spur of the moment thing when I found the outfit.

For the eyes, I used Obitsu 20mm Type-B, Dark Blue because I had them. Obitsu recommends 18mm eyes but I didn't (and still don't) have any of those. (Again, this was an unexpected project I decided to do while not knowing which eyes work best for this doll head.)

The doll head being bald for a while as I muddled over which wig to buy made me think of Sinéad O'Connor every time I saw it. I then had incomplete tracks of Nothing Compares 2 U running in my head for about a month. While I'm aware of the existence of the song, I don't know the entire song so only bits and pieces of the music was running in my head all that time. XD XD XD 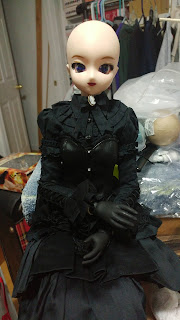 As for her hands and wrists, I used black spray primer to give her the appearance of wearing gloves.

I also used custom parts from Dolly Pop. These custom parts added great flexibility to the doll. Sadly, I didn't take photos of these and I'm too lazy to do so now. You can look at the NSFW link for the L-bust I used. 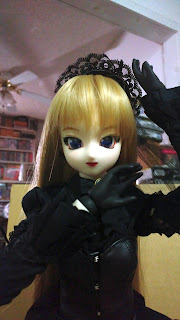 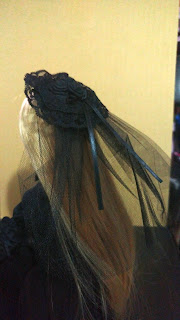 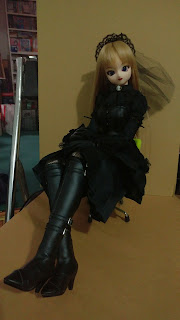 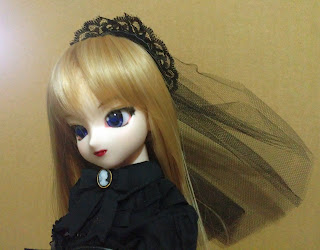 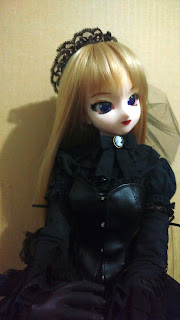 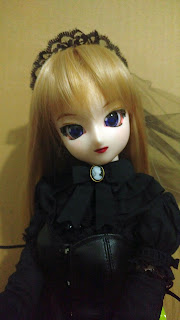 So how flexible is she? 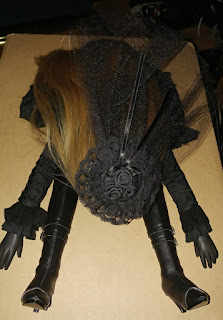 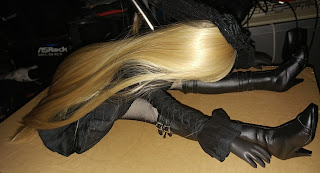 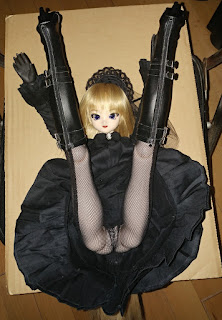 I decided to name my commando princess here Sharon. Why this name? I named her after Sharon of Words Worth. My intent was not to re-create Sharon from the game (or anime). I just felt the name fit for this doll.