Please click on the "Read more" link below or the permalink to see my repair guide. 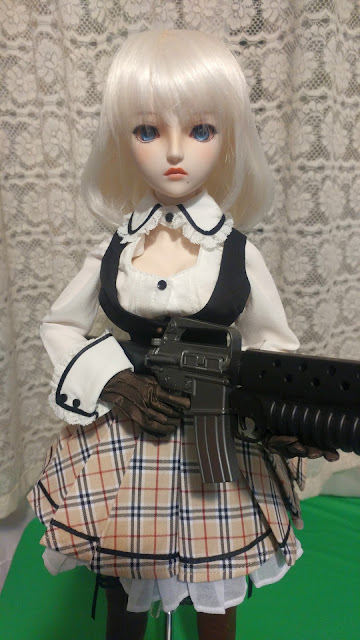 As shown in my last post, the neck hole of my 2B's head was cracked. I decided to perform a repair on it. If you're experiencing the same problem and can't get an exchange or replacement, the following info might be useful to you. Disclaimer: PERFORM REPAIRS AT YOUR OWN RISK.
The first thing I did was to use lacquer thinner to remove the faceup overspray inside the head. 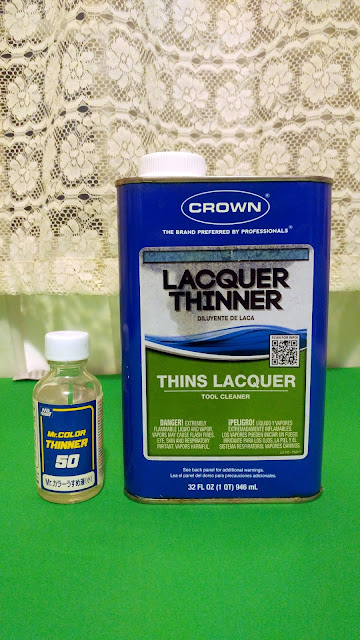 If you're like me and do stupid things with dangerous solvents on a regular basis, you need the can on the right. If you're a hobbyist who doesn't use lacquer much, the small bottle on the left will suit your needs much better.

I do not recommend acetone. I once damaged a doll head while trying to remove a faceup with acetone. Lacquer thinner is safer to use on vinyl.

If you're paranoid, there's isopropyl alcohol. However, that may be harder to come by these days because everyone is buying up rubbing alcohol due to the global pandemic. 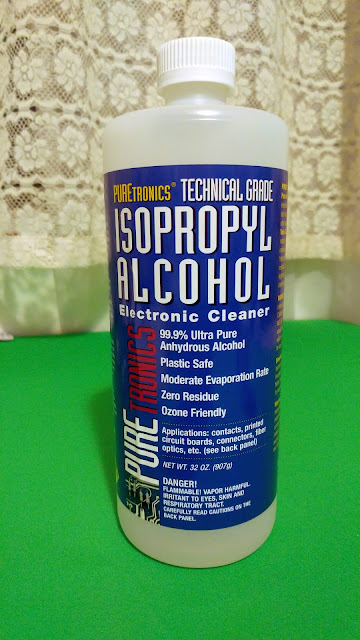 The above bottle is 99.9% isopropyl alcohol used to clean computer and electronics circuit boards.
Back when you could still buy rubbing alcohol from drug stores, they were available in the 50%, 70%, and 91% varieties. The 50% and 70% are a waste of money for the purposes of removing paint. The 91% (and even the 99.9%) will work but will not be as effective as using lacquer thinner. However, isopropyl alcohol is safer to use than lacquer thinner. If your priority is safety for both yourself and your doll, using alcohol is much safer choice than using lacquer thinner. The trade-off is it will take longer to remove paint in general.

I dabbed some lacquer thinner onto a cotton swab and then started to wipe away. 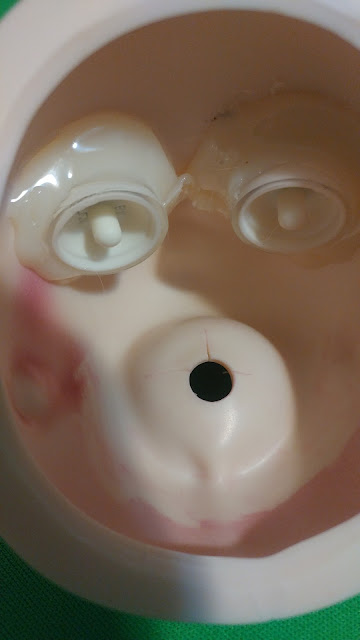 Next, I applied a type of epoxy glue intended for materials like rubber and vinyl. I previously mentioned it in my post about repairing neck holes. 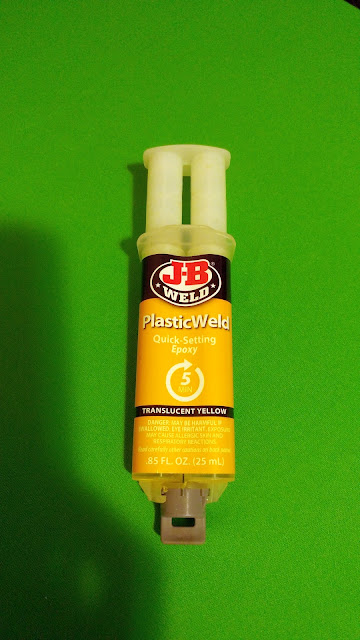 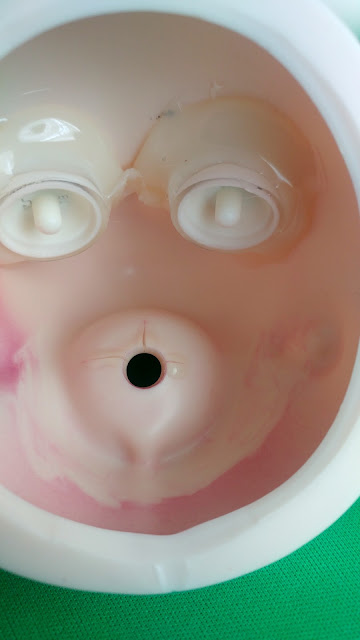 After the "plastic welder" epoxy glue dried, I did several things, I used epoxy putty, used pieces of cloth and more plastic welder on the cracks, and drilled a hole through the putty once it hardened. What I did didn't come out sell in photos so I'll need to provide some explanations. 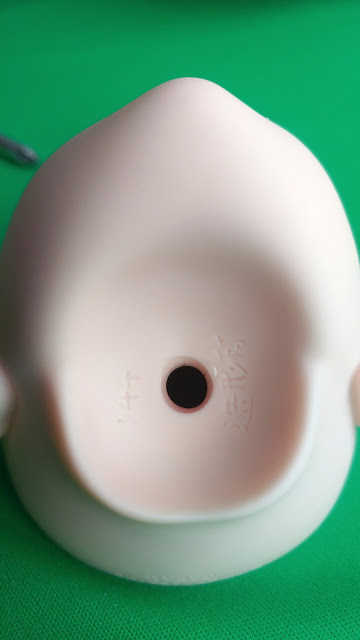 Before applying the epoxy putty. The hole is about 6mm. 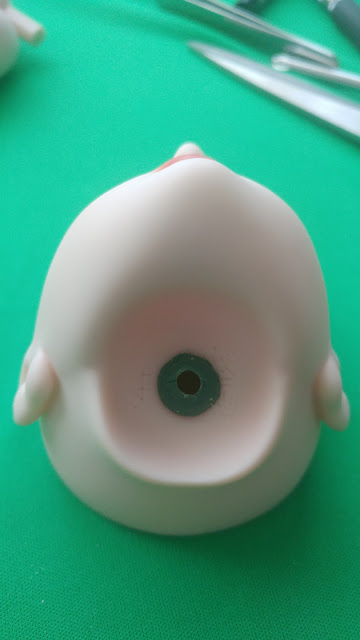 After applying the epoxy putty.
The epoxy putty was applied externally in a way to not obstruct movement by hitting the vinyl neck piece. The hole you see is a 4mm hole, which is smaller than the original diameter. I used a pin vise and drill bits to make that hole. I first used the smallest bit I could use, and then worked my way up using increasingly larger drill bits until I got the the 4mm bit. Using a 4mm bit immediately would put undue stress around the area of the neck hole.

Now here's a bit of a confusing image which requires quite a bit of explanation. 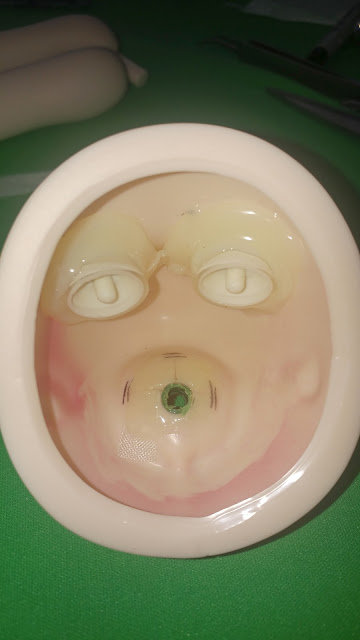 I covered the areas surrounding the cracks with additional dabs of plastic welder. I used a net-like piece of cloth, cut them into small pieces, and placed them over the cracks. The cloth then soaked in the glue. The reason I did this was because a friend made this suggestion. This is the same idea people use for repairing boats. Boats which get cracks are repaired using some kind of mesh and epoxy resin. The mesh/cloth is used to spread out the stress over a larger area so the cracks don't easily reopen and become larger. I'm not sure how effective this will be with a doll head. I just thought this was a great suggestion at the time.

The black lines were drawn with the idea if the cracks ever become larger and get past those lines, I need to perform a far more aggressive repair job than what I explain here. Hopefully, I'll never need to do that.

Since what exactly I did with the putty is impossible to photograph, you'll have to look at my crappy art. 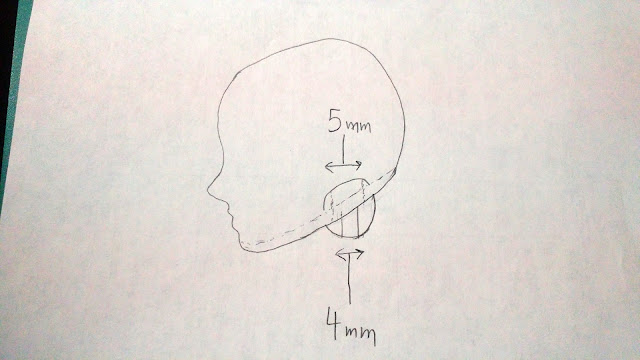 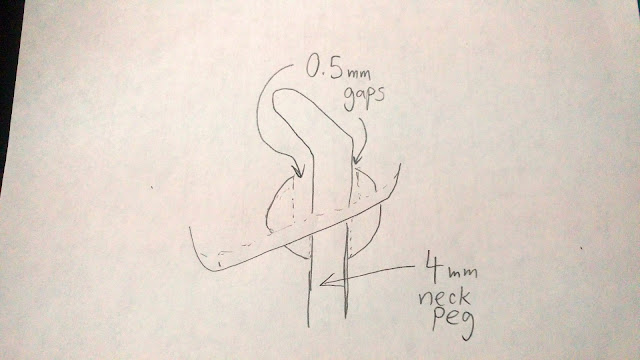 There's a small mound around the neck hole externally. Internally, the putty is flush with the inside of the head. The idea here is the putty inside the head, which acts as a slight buffer from the stress being reapplied to the repaired cracks, doesn't come into contact with the neck peg much under normal circumstances. The putty outside of the head is what comes into direct contact with the neck peg. The external putty is what absorbs the bulk of the tension. If the external putty is destroyed, I don't care because I can always apply more putty and no additional stress is applied to the repaired cracks.

Now you're likely wondering why I'm saying the neck peg is 4mm when it's more like 6mm+ and shaped like a ribbed sex toy. I modified the neck peg by shaving it down. 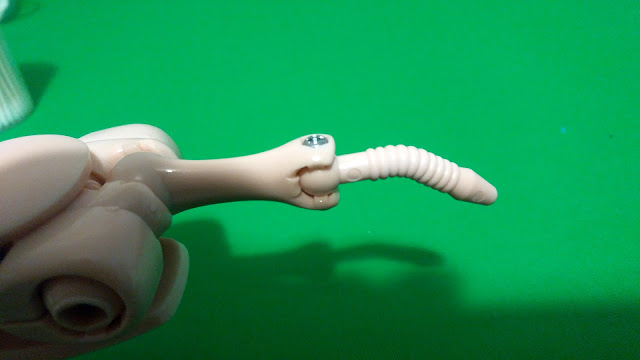 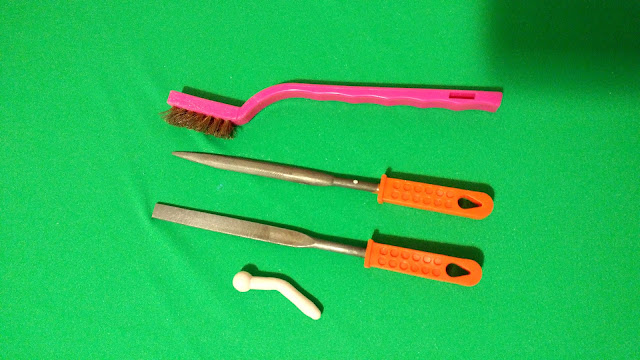 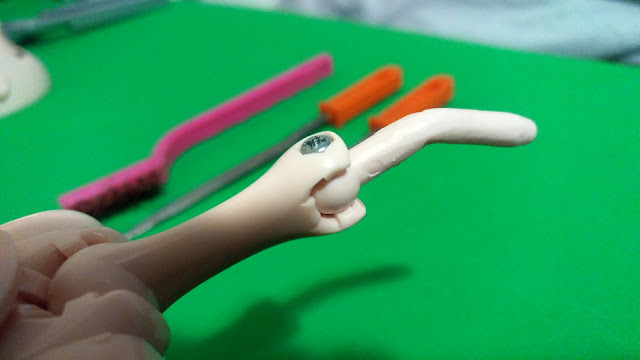 I still had more shaving down to do after this.

The repair is holding for now. I'm still concerned but I feel a lot better now than when I first saw the cracks. Now I can actually enjoy dressing 2B in various outfits instead of suffering from anxiety attacks. 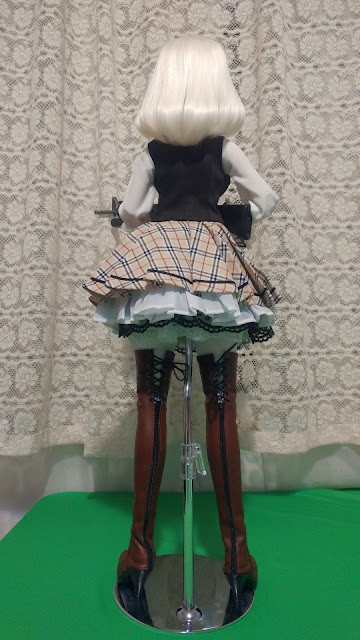 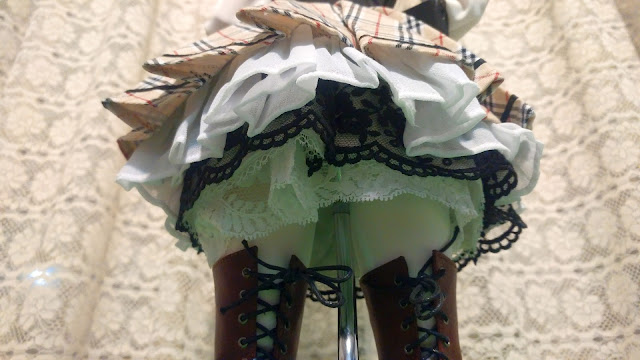 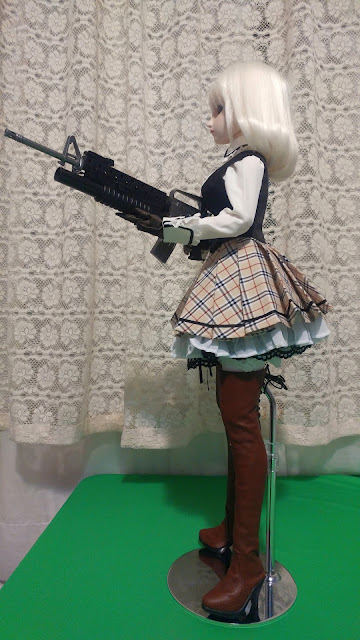 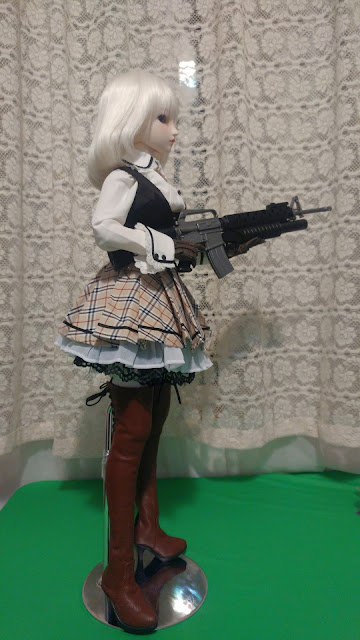 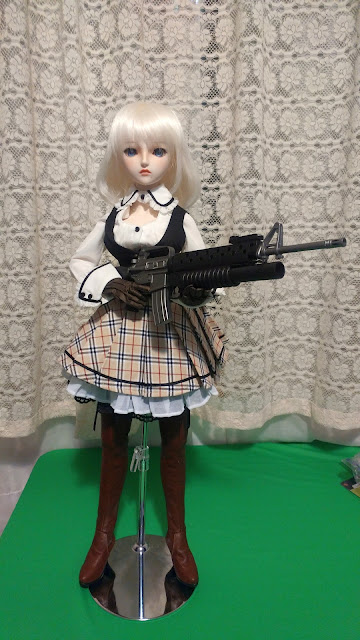 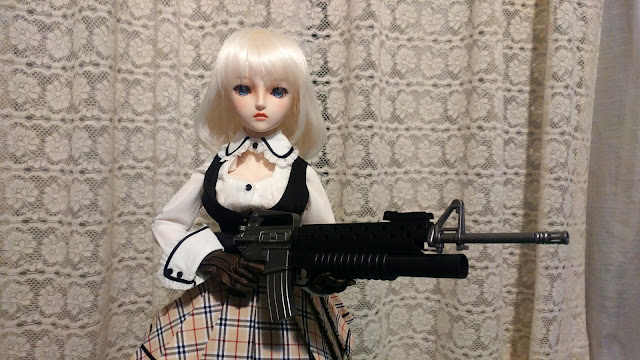 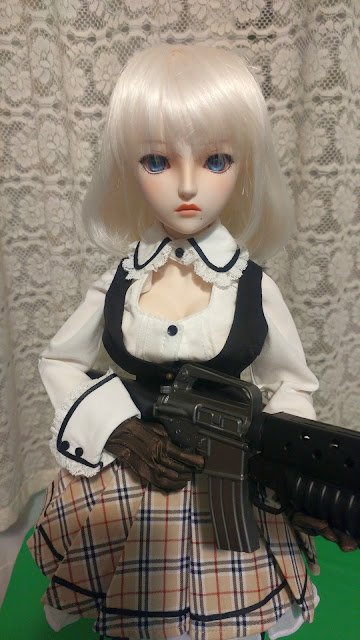